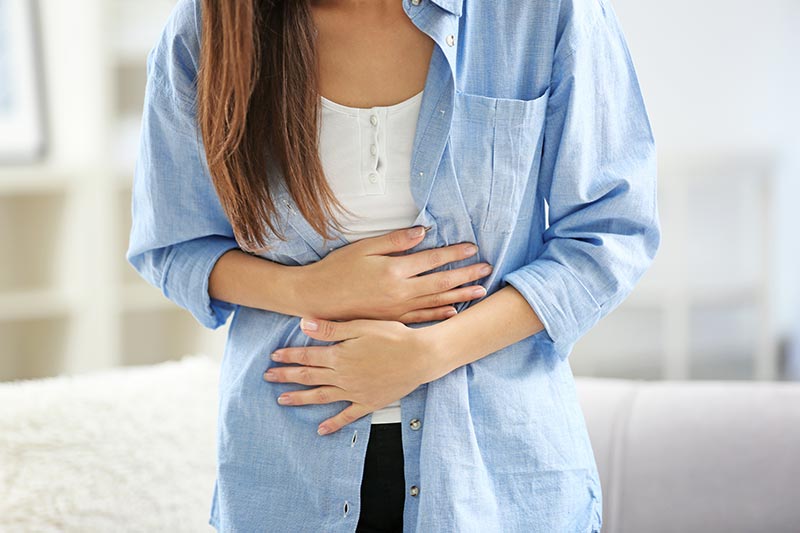 Beginning in adolescence or early adulthood, Irritable Bowel Syndrome, an intestinal disorder, affects 22% of the UK population (Maxwell 1997).
While stress or eating have been identified as triggers, underlying reasons for IBS are unclear. What is certain is sensory nerves in an IBS bowel are hypersensitive, overreacting when the bowel wall stretches, leading to intestinal muscles being hypo- or hyperactive. Women are 2-3 times more likely to suffer, with menstruation increasing symptoms, while triggers for both sexes range from diets low in fibre, emotional stress, excessive laxative intake or heavy bouts of contagious diarrhea. Symptoms for IBS span flatulence, cramps, pain, diarrhea and constipation.
It’s no surprise that IBS-related visits to the GP, hospitalizations, absenteeism at work and depression is on the rise. In addition, IBS medicines making it to market are laden with side-effects while research literature commonly suggests conventional medicine has limited scope to help (Akehurst 2001).
Only about half those with diagnosable IBS symptoms seek support, and diagnosis may not be so helpful. Occurring in an absence of visible structural abnormality, IBS is commonly framed as a diagnosis of exclusion and is often not a positive diagnosis.
But with Acupuncture a viable IBS treatment, it’s time to break the cycle and make a difference (Anastasi 2009, Trujillo 2008, Reynolds 2008, Schneider 2007b, Xing 2004, Lu 2000).

Just as we are unique, so we may also require different solutions. Relaxation exercises, herbal medicine, psychotherapy and Western medicine may be combined with Acupuncture to form safe, effective, cross-targeting treatment. No treatment need ever work in isolation.

An awareness that Acupuncture can help is the first step to recovery. There is no longer a reason to let IBS control your life.

This website uses cookies to improve your experience while you navigate through the website. Out of these, the cookies that are categorized as necessary are stored on your browser as they are essential for the working of basic functionalities of the website. We also use third-party cookies that help us analyze and understand how you use this website. These cookies will be stored in your browser only with your consent. You also have the option to opt-out of these cookies. But opting out of some of these cookies may affect your browsing experience.
Necessary Always Enabled
Necessary cookies are absolutely essential for the website to function properly. This category only includes cookies that ensures basic functionalities and security features of the website. These cookies do not store any personal information.
Non-necessary
Any cookies that may not be particularly necessary for the website to function and is used specifically to collect user personal data via analytics, ads, other embedded contents are termed as non-necessary cookies. It is mandatory to procure user consent prior to running these cookies on your website.
SAVE & ACCEPT